Teriyaki eggplant is a staple in Asian cuisine. This dish is made with very simple ingredients so you can cook it at home without any difficulties.  It is an excellent addition to your whole food plant-based lifestyle.

This Teriyaki eggplant recipe was featured on my Live Stream on Facebook & YouTube: Cooking with Chef Frank.

Eggplant is one of those vegetables that you either like or hate. It is mostly cooked in Italian or Mediterranean eateries as well as Asian ones. The one I used in this recipe is a Japanese eggplant. However, there are many other different eggplants out there from small, round, Italian, Thai to white and graffiti eggplants.

Japanese Eggplant is cooked just like any other vegetable, however,  eggplant is actually a fruit that is from the nightshade family, just like tomatoes.

Eggplant is a good source of fibers and is loaded with vitamin C,  potassium, folate, and manganese. I know how tempting it is to peel off the skin because it can be tough, That said look for young shiny eggplants that are rather small. Keeping the skin on insures that you adding not only fibers to your meal but also antioxidants. Because the bright, vibrant purple color represents antioxidants. 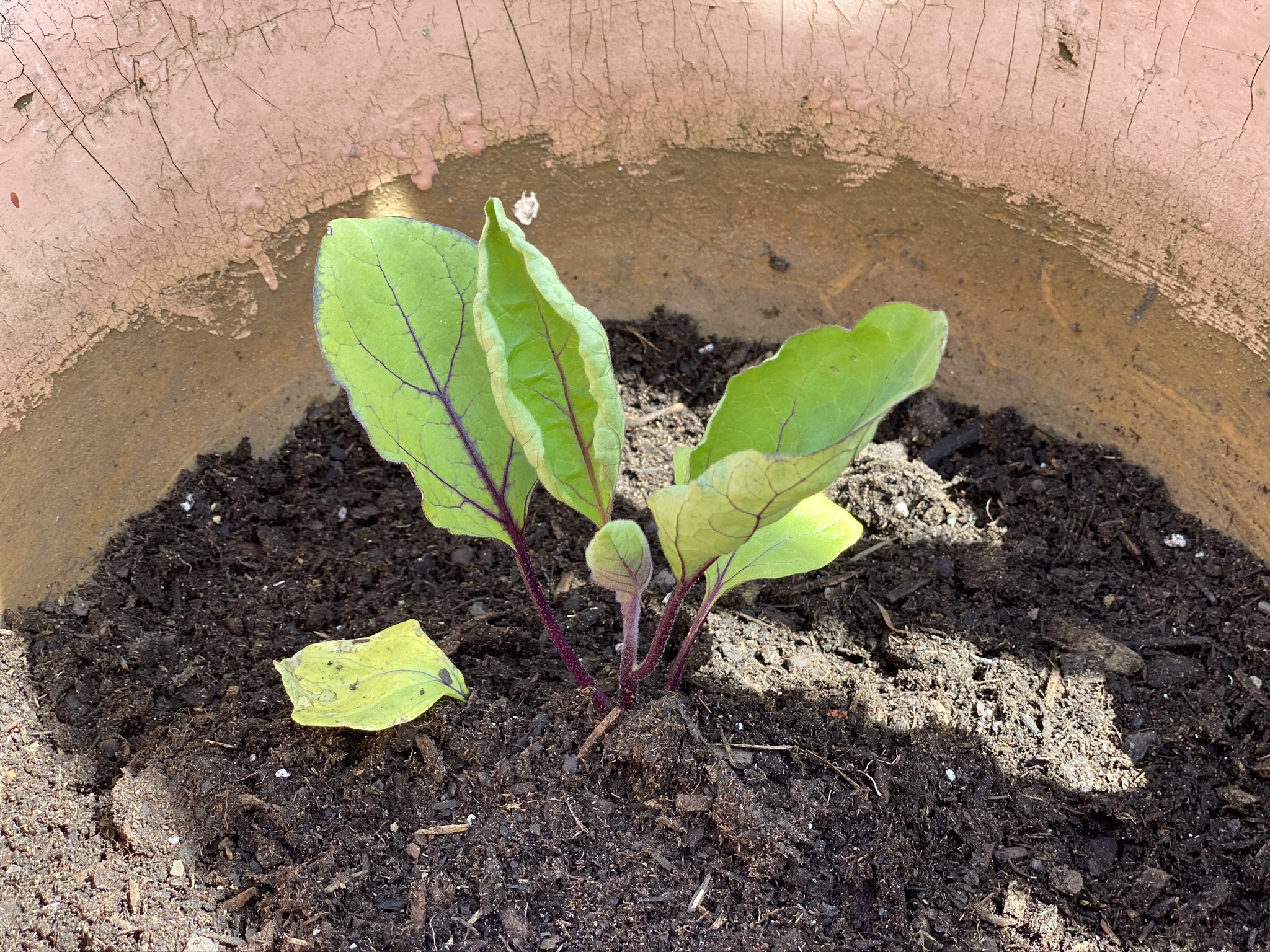 I was lucky enough to have picked these Japanese eggplants from my backyard, which I had planted around Mothersday (picture above). Aren't they beautiful? 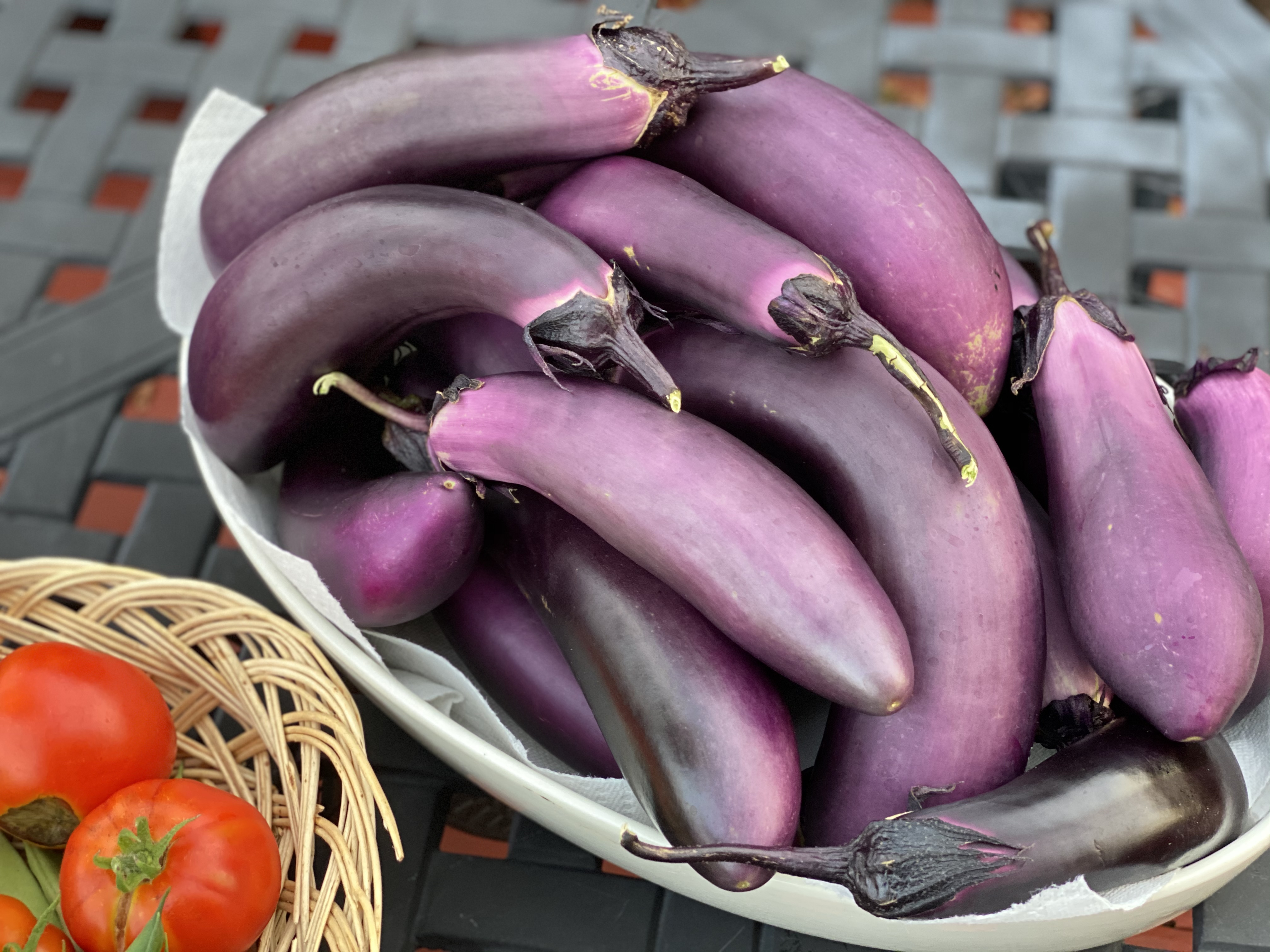 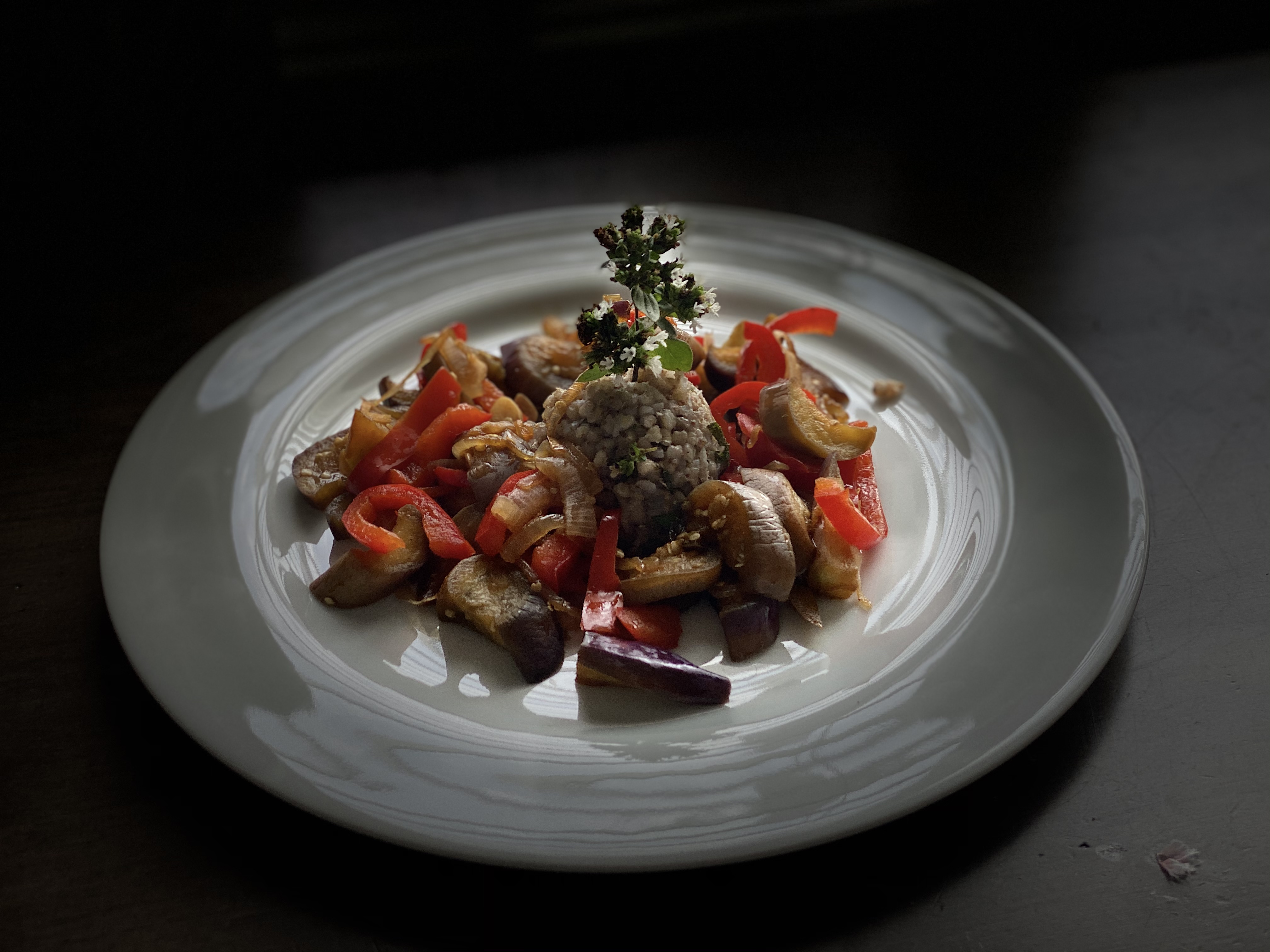 In a large pan, over medium to high heat, sauté onions, garlic and ginger until they just caramelize. Add a little water to loosen the onions from the pan. Now add the eggplant and keep sautéing, stir frequently.
Add a little water when eggplant starting to stick in pan. After a few minutes add the peppers. Sauté for another 2 minutes or until all ingredients are al dente. Now add Teriyaki sauce, a little water if necessary, scallions and pepper flakes. Sauté for another minute and serve with a dollop of buckwheat. Sprinkle with sesame seeds.

For the buckwheat, bring 2 cups of water to a boil and add 1 cup of buckwheat to it. Bring it back to a boil and reduce heat. Let simmer for about 15 minutes or all water has been absorbed. Incorporate herbs and serve hot.

I use the flower of the fresh oregano, which I had just picked from my garden, and used it as a decoration in the center of the dish. As you can see I always like to bring international ingredients together like Easts meets West, such as the oregano and Teriyaki.  These ingredients really don't get along in the same sauce, but on the same plate, they do ok. :)

benefits of a plant-based diet 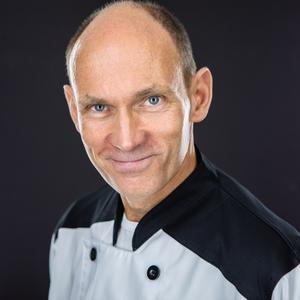 Welcome to Eat like a Vegan Chef! Hi, I'm Chef Frank. For years I have been helping people overcoming unhealthy eating habits by adopting a whole food plant based lifestyle, to achieve ultimate health and weight loss. I have been fortunate enough to have cooked in many places in the world and had incredible experiences doing what I love. However, all my life I have chased the purpose of life until I transitioned to a plant-based lifestyle. It had such a huge impact on me and my community, simply through living by example. Even vegans around me became curious about the food I would cook and eat. The impact was and still is two-fold: I get to make a difference in people's health and collectively as a group when it comes to sustainability and animal lives. People around me would start eating more vegetables and fewer animal foods. They would drop significant weight and felt better than ever before. That’s when I knew my calling as a chef. My sincere hope is to inspire you even if it is just an ounce of pure plant-based wholesomeness. Feel free to connect with me through Social Media or email.